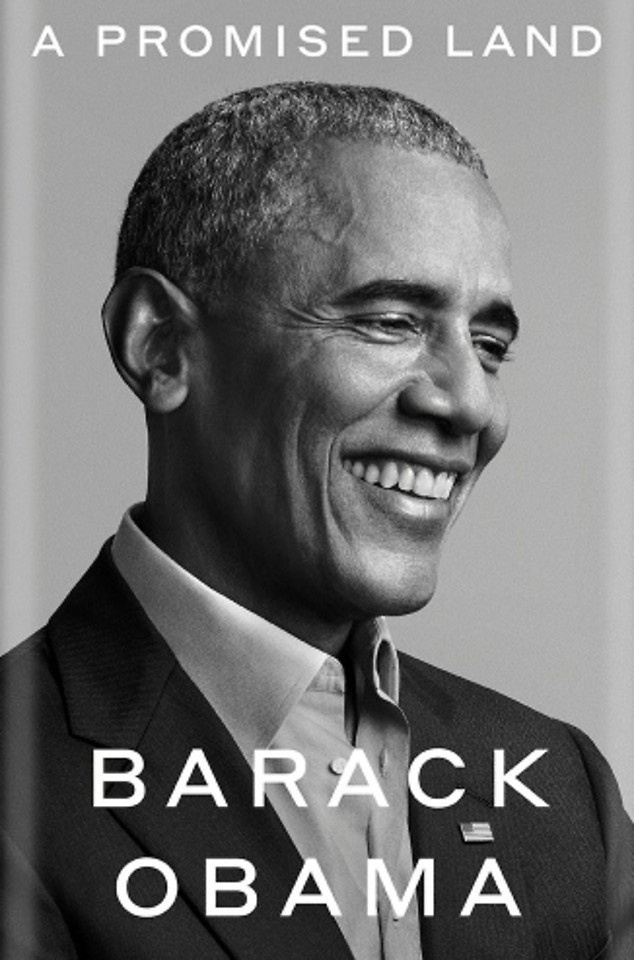 44th President of the United States

The presidential memoirs of Barack Obama, the 44th president of the United States, will be published in two volumes. The first volume, titled A Promised Land, is scheduled for global release on Tuesday, November 17, 2020, and will be issued simultaneously in 25 languages.

In his own words, Barack Obama tells in A Promised Land the story of his improbable odyssey from young man searching for his identity to leader of the free world, describing in strikingly personal detail both his political education and the landmark moments of the first term of his historic presidency - a time of dramatic transformation and turmoil.

Said President Obama, 'There’s no feeling like finishing a book, and I’m proud of this one. I’ve spent the last few years reflecting on my presidency, and in A Promised Land I’ve tried to provide an honest accounting of my presidential campaign and my time in office: the key events and people who shaped it; my take on what I got right and the mistakes I made; and the political, economic, and cultural forces that my team and I had to confront then—and that as a nation we are grappling with still. In the book, I’ve also tried to give readers a sense of the personal journey that Michelle and I went through during those years, with all the incredible highs and lows. And finally, at a time when America is going through such enormous upheaval, the book offers some of my broader thoughts on how we can heal the divisions in our country going forward and make our democracy work for everybody—a task that won’t depend on any single president, but on all of us as engaged citizens. Along with being a fun and informative read, I hope more than anything that the book inspires young people across the country—and around the globe—to take up the baton, lift up their voices, and play their part in remaking the world for the better.'

Barack Obama was de 44ste president van de Verenigde Staten, die in november 2008 werd gekozen en zijn ambt twee termijnen lang bekleedde. Hij is de auteur van twee New York Times-bestsellers: Dromen van mijn vader en De herovering van de Amerikaanse droom. In 2009 ontving hij de Nobelprijs voor de Vrede. Hij woont in Washington D.C., samen met zijn vrouw Michelle. Ze hebben twee dochters, Malia en Sasha. On November 4, 2008, Barack Obama was elected the 44th President of the United States, winning more votes than any candidate in history. He took office at a moment of crisis unlike any America had seen in decades – a nation at war, a planet in peril, the American Dream itself threatened by the worst economic calamity since the Great Depression. And yet, despite all manner of political obstruction, Obama’s leadership helped rescue the economy, revitalize the American auto industry, reform the health care system to cover another twenty million Americans, and put the country on a firm course to a clean energy future – all while overseeing the longest stretch of job creation in American history. In times of great challenge and change, President Obama’s leadership ushered in a stronger economy, a more equal society, a nation more secure at home and more respected around the world. The Obama years were ones in which more people not only began to see themselves in the changing face of America, but to see America the way he always has – as the only place on Earth where so many of our stories could even be possible. Barack Obama and his wife, Michelle, are the proud parents of two daughters, Malia and Sasha. On September 28th President Barack Obama will be present at the seminar Forward Thinking Leadership.

Part Ove: The Bet
Patr two: 'Yes We Can'
Part Three: Renegade
Part Four: The Good Fight
Part Five: The World As It Is
Part Six: In the Barrel
Part Seven: On the High Wire